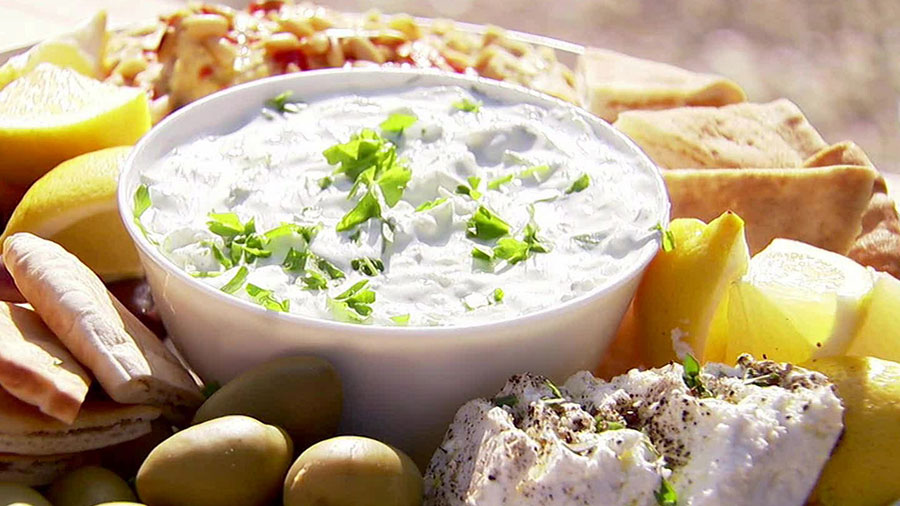 A very appetizing, savory sauce that is almost always served with kebabs or souvlaki. It can also be served with baked potatoes, any meats and is surprisingly refreshing as a dip for vegetables!